5 Films to See if you Love Wine

If I had not decided to make a blog devoted to the world of wine, I would certainly have done on the cinema. In my opinion, wine and cinema share one thing in common: both have the ability – from a single sip or a scene – to take you much further than the back of your seat. Both wine and cinemas are experiences we love to share with others – whether in person or online. 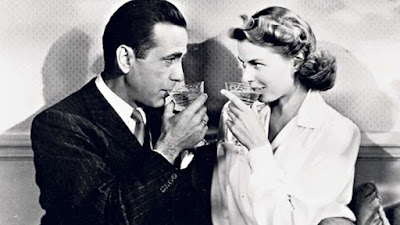 This list of 5 is limited, of course, to those I have been able to see. You have certainly seen other films dedicated to wine that deserve to appear in this top. Loving a movie is very subjective, just like loving a wine. This article will certainly be the least objective of this blog. Without further ado, here are my recommendations.

Documentary by Jason Wise with Bo Barrett, Shayn Bjornholm, Dave Cauble.
Four men will do their utmost to pass one of the toughest exams in the world. SOMM makes us discover with humor the mysterious world of the Court of Master Sommeliers and its intimidating examination of admission. Who will succeed, who will fail?

Documentary by David Kennard
Experience a year in the life of a bottle of Burgundy wine with the French wine importer, Martine Saunier, your guide in this charming documentary that traces the hard work and dedication required to produce some of the most famous wines in the world. Divided into four parts, the film takes place in a succession of different climates and temperatures: spring showers, drought, heat wave, full moons, the wet cold of the winter, during which we accompany the vine growers in the development of the aroma and the type of wine they create with love. Each vintage is a historical capsule, the bottling of a piece of history of a specific year, having experienced a succession of particular climates, crises and triumphs/victories. You will never look at a bottle of wine in quite the same way again after having seen this movie.

Drama by Jérôme Le Mayor’s with Gérard Lanvin, Jalil Lespert, Alice Taglioni
A winemaker’s son, Charlie Maréchal, left Burgundy to become a renowned Parisian oenologist and author of a guide to the wines of France that causes yearly tremors in the vineyards. But in Côte-d’Or, his father has lost the taste for wine and his mistakes are bringing the family winery to the brink of bankruptcy. At first reluctant, Charlie returns to Burgundy. He must raise his boots and roll up his sleeves, become a winegrower and confront a job he does not know, under the watchful eye of his father. Between the capricious weather and a delicate grape variety, Charlie will have to prove to his father that he is worthy of this terroir transmitted from generation to generation in their family. It’s easy to rate a wine, but how do you make a great wine?

Documentary by Reuben Atlas and Jerry Rothwell
This detective-themed documentary tells the story of the rise and fall of Rudy Kurniawan,  a counterfeiter who befriended the rich and powerful and sold millions of dollars of fraudulent wine through the top auction houses.
An edifying reflection on a sector free of regulation and the fragile criteria that determine the value of a luxury item. It is estimated that some ten thousand counterfeit bottles by Rudy Kurniawan and his peers are still sleeping in cellars!

After a 10 year absence, Jean returns to his family vineyard when his father falls ill.  He’s welcomed by his strong-willed sister, Juliette, who took over the reins of the vineyard after their father fell ill, and Jeremie, the youngest of the three who has recently married into one of the region’s more prestigious wine families. Their father passes shortly after Jean’s return, leaving them with the estate and a looming inheritance tax of half a million dollars. As four seasons and two harvests go by, Jean, Juliette, and Jeremie have to learn to reinvent their relationship and trust in each other as they work to preserve the land that ties them together. Beautiful shots of the Burgundy landscape, this movie captures the ambience of a family vineyard and the disputes that are bound to arise.
What’s your favorite movie about the industry, the making of, or the love of wine?

This Is A Custom Widget

This Sliding Bar can be switched on or off in theme options, and can take any widget you throw at it or even fill it with your custom HTML Code. Its perfect for grabbing the attention of your viewers. Choose between 1, 2, 3 or 4 columns, set the background color, widget divider color, activate transparency, a top border or fully disable it on desktop and mobile.

This Is A Custom Widget

This Sliding Bar can be switched on or off in theme options, and can take any widget you throw at it or even fill it with your custom HTML Code. Its perfect for grabbing the attention of your viewers. Choose between 1, 2, 3 or 4 columns, set the background color, widget divider color, activate transparency, a top border or fully disable it on desktop and mobile.